The Case of the Very Strange Speech Impediment 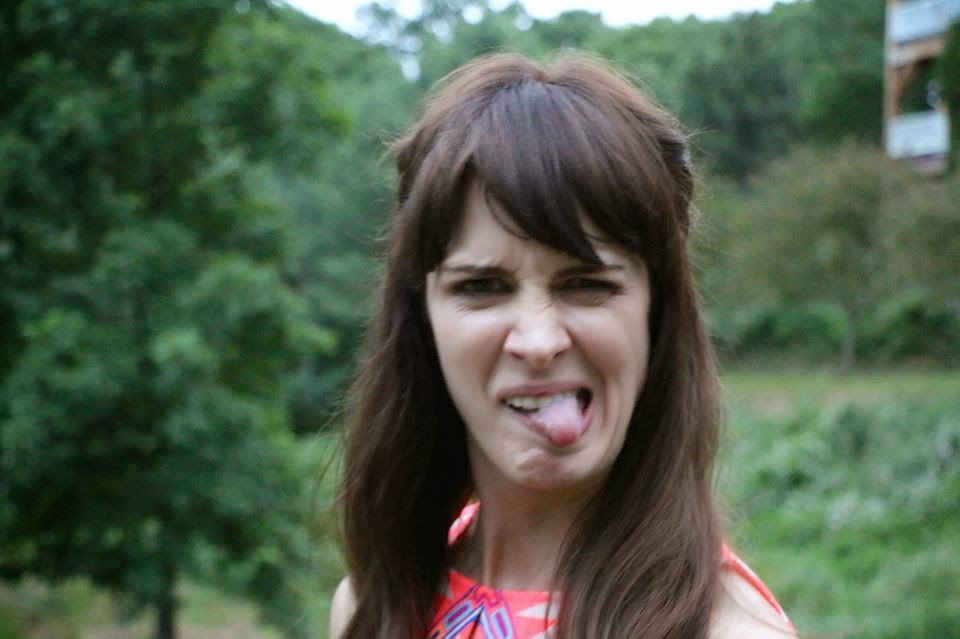 I told my husband how a former boyfriend called me "Structure." It was his pet name for me, and yes, it was odd. That boyfriend thought I said the word "Structure" in a strange way and then he would imitate me, really enunciating the consonants in the word.

I thought it was just a bit of silliness. I didn't really think it was a real thing. Maybe a harmless exaggeration on what was a hardly noticeable trait.

But when I told my husband the story, he laughed.

"Yeah, you really do chew up the consonants in that word."

We both chuckled and I filed it under "Even More Charming Quirks for Mandy." I figured the way I said "Structure" was similar to the way I organized objects on restaurant tables or the way I obsessed about my appearance. Quirky. Odd. But totally not a real problem.

As the years have gone by, I've obviously admitted to myself that I do in fact have an eating disorder and I do have OCD. I thought my weird behaviors and thoughts were just that … little oddities that I could control if I really wanted to.

But now I admit that these things are well outside the realm of my control and are most definitely not "normal." And I'm fine with that. I figured "Structure" was something I did intentionally and that I could stop it if I really wanted to.

It came up again the other day and I decided to put an end to the charade. I needed to prove to myself and my husband that I could say "Structure" like a normal person. I mean, between the OCD and the eating disorder, my neuroses plate is full.

"Teach me how to say 'structure' right."

"Are you serious?" my husband started laughing immediately and closed his eyes.

"It sounds like your chewing the letters. You're really getting right up in those consonants. Relax your mouth a little."

"SCHTRUCKTURRRRRE." I looked at him hopefully. He started laughing again.

"You're pushing it too far to the front of your mouth or something. Just say, 'structure."

"Oh my god, you really love those consonants," he started chuckling again.

"Stop saying it. You're just saying it the same way over and over again. Try to soften the consonants."

"Now you're whispering it."

"Now you're making an insane face. What are you doing?"

I'm trying to change the shape of my mouth when I say it. SSSSSSSTRUCKTURRRRE."

"You look like an crazy person. Stop grimacing. Put less emphasis on the Ts and the Rs."

"Now you're whispering and grimacing. I think you have too much of an "SCH" sound in there."

"Now you've dropped all the vowels."

At this point, our four-year-old daughter walked in the room.

"SCHTRUCTURRRRRRR!" she said back, joyfully.

"Oh god, no," whispered my husband.

And I felt oddly satisfied. Like I'd passed something on of myself. I will live on in the consonants of my progeny.

Email ThisBlogThis!Share to TwitterShare to FacebookShare to Pinterest
Labels: charming quirks, eating disorders, funny, OCD, speech impediments, trying to get rid of a speech impediment as an adult