When I Stopped Being Skinny and the World Fell Apart. 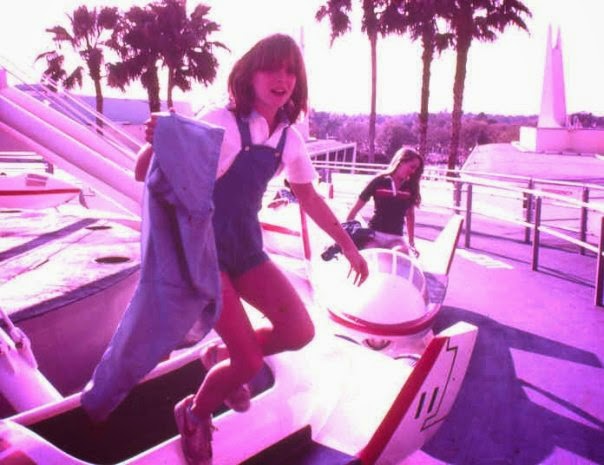 "You're not fat," he said, answering a question I hadn't asked. "You just need to tone up."

I stood in my first bikini at the lake's edge and froze. I felt naked and exposed. I wished I could sink into the sand and never re-emerge.

Having been skinny my whole life, the observation was in itself shocking. I'd always been the tall skinny girl who ran through the neighborhood in short shorts, legs and arms windmilling down the street without a care in the world.

Adults often commented on my appearance. I got a lot of praise for being tall, skinny and blond. Grown women would grab my chin and turn my face back and forth in their hands, admiring me.

"Such gorgeous cheekbones," they said.

"Do you know women pay a lot of money to have blond highlights like those?"

"When you get older, you'll love being so tall and thin. You'll look like a model."

I was Tall and Skinny. Long and Lean. It became my identity more than I realized. In fact, I didn't realize how important it was until I lost it.

I stopped wearing shorts after The Crush told me I needed to tone up. Sure I wore the polyester uniform basketball shorts when I played on a team, but I tugged at them during the game and ran to the locker room afterwards to put on sweats to cover how my body was changing. My once stick-like legs were becoming curvy and strong.

"You could be a plus-size model," a girl told me at lunch one day.

By then I was still tall and fit, but I had developed more of an athletic build rather than a slight willowy one ... which is a perfectly acceptable thing to be. But I was surrounded by tiny girls who talked about weighing tiny petite girly numbers. Wearing tiny petite clothing sizes. Inhabiting bodies with such tiny petite bones. I was starting to feel like a linebacker. I'm sure the girl was trying to say I was pretty … but all I heard was that I was fat. She had no way of knowing that I was descending into an eating disorder that would hold me in its grip for decades.

You see, being imperfect was unacceptable. If I wasn't perfect, no one would love me. If I could just attain perfection, then everything would get better. My mother wouldn't drink. My dad wouldn't leave. My brother and sister would move back home. A boy might even like me! I'd make more friends. Get better grades. Everyone would love me and no one would criticize me. The kids down the street wouldn't yell, "Your mother's a drunk!"every time I walked past their house. If I could only be perfect enough, then everything would be okay. I just knew it.

And so the refrain played over and over again in my brain. Look perfect. Feel perfect. Be perfect. Anything less means you're trash. A loser. A disgusting piece of filth that no one will love. If you  allow yourself to eat, if you eat your feelings and shove food down your throat like the love you crave, then you've ruined everything.

It became a vicious cycle of trying to starve myself thin so I could be lovable, binging on the food/love I so desperately craved, and then trying to erase the whole messy affair by vomiting. It was a brutal cycle of failure and disappointment. Which left me alone in the darkest hours of the night when I was at my loneliest … and then I'd do it all over again. I knew with 100% certainty that I was a disgusting beast who no one would ever love. I believed I deserved everything that I got, which was loneliness and despair.

The irony is, 30 years later, I don't think I'm fat but do think I need to tone up. But it's not the end of the world. I know you love me anyway. And I sorta love me too.

Of course I have therapy to thank for that. It took a lot a lot of work and a bit of courage too. For so long I was imprisoned by the shame of admitting I had this problem. That's another great irony of this disease. The shame of it keeps you silent, but the silence keeps you sick. What I learned in therapy was that when I was finally able to let go of the shame, I was able to let go of the disorder too.

I've been in recovery for over ten years and yet I rarely talk about it. Shame is a funny thing. It sticks and clings to us like a dirty scent we're afraid other people will notice. I still battle with trying to appear perfect. I'm afraid that by admitting that I have struggled with an eating disorder, you'll find me disgusting and unlovable.

But I know that's not true.

Nobody ever loved perfect things. Perfect things are scary. You're always afraid you'll drop them or break them or scratch them. We're so much more comfortable with worn things. The chipped glass. The stuffed toy with the missing ear. The girl with the imperfect past.

We can relate to imperfection.

Perfect is a mirage. You can chase it, but you'll never attain it. And if you think you have to wait to be perfect to be loved, you'll spend your entire life alone. It's funny, the more imperfect I've allowed myself to be, the more full my life has become. Now when I sit down, I instantly have two kids, a cat and a grown man all vying for space to get the closest to me on the couch.

"You know what," my husband commented the other day, looking at me with a kid sitting on each side and a cat on my lap. "You have the thing you always wanted. To not be alone."

I may never have attained perfection, but I did attain love.

This is a response to a writing prompt hosted by the indomitable Brittany, Herself. To participate in the August Writing Prompts, click here. 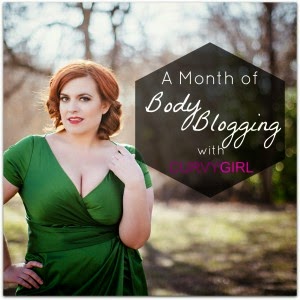