Lost in Thought: A Week Without Wifi. 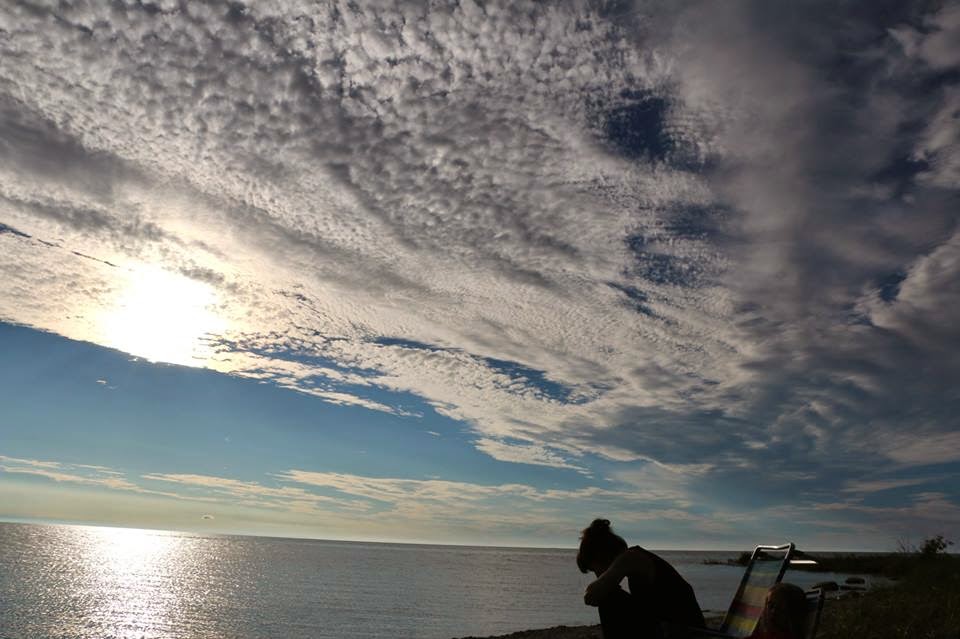 We rented a cottage on Lake Michigan last week. The cottage was "rustic" in that it was made of actual logs and was located down a winding, dusty road, far from neighbors or the hustle of a city. It was also "rustic" in that it didn't include wifi and had no cellular reception.

It was excellent timing to see how I did without being connected to technology for a week. I'd just read an article in the New York Times about how necessary it is for your brain to unplug. In the article, "Hit the Reset Button in Your Brain, " Daniel J. Levitin discusses the brain's two dominant modes of attention. While one mode is for focusing on tasks, the other allows our minds to wander. He explains the significance of this latter mode:


This brain state, marked by the flow of connections among disparate ideas and thoughts, is responsible for our moments of greatest creativity and insight, when we’re able to solve problems that previously seemed unsolvable. You might be going for a walk or grocery shopping or doing something that doesn’t require sustained attention and suddenly — boom — the answer to a problem that had been vexing you suddenly appears. This is the mind-wandering mode, making connections among things that we didn’t previously see as connected.

I've noticed the lack of daydreaming in my modern life. The more plugged in I am, the more busy my mind is. My mind is one that naturally likes to daydream. As a child I was frequently gazing out of windows, imagining another life, another world and new stories for me to inhabit. Though I spent much of my childhood alone, I found a way to cope with that by listening to the voice in my head that I called "The Narrator." The Narrator has been my constant companion. I can have imaginary conversations with The Narrator. The Narrator composes my stories before I sit down to actually write or type.  The Narrator describes what's around me in interesting and complex ways. The Narrator fantasizes, dreams, works out and puzzles over everything it sees.

But I can't hear The Narrator when I'm reading the phone, typing on the computer or watching TV. The Narrator's voice and observations are drowned out by the millions of voices vying for my attention in every Facebook status, tweet and Instagram photo. By constantly reaching for my phone, my laptop or some form of distraction, I am not pausing long enough to hear what The Narrator has to say.

And The Narrator is the voice of my inner mind talking to me. The Narrator gives me the greatest insights, the most interesting stories and the most magical combinations of words. The Narrator sings to me a lullaby that makes this world sweet. By driving five hours north and resting on the banks of Lake Michigan without the ability to connect to the world via the Internet, my mind was once again full of that symphony of words that only The Narrator could share. 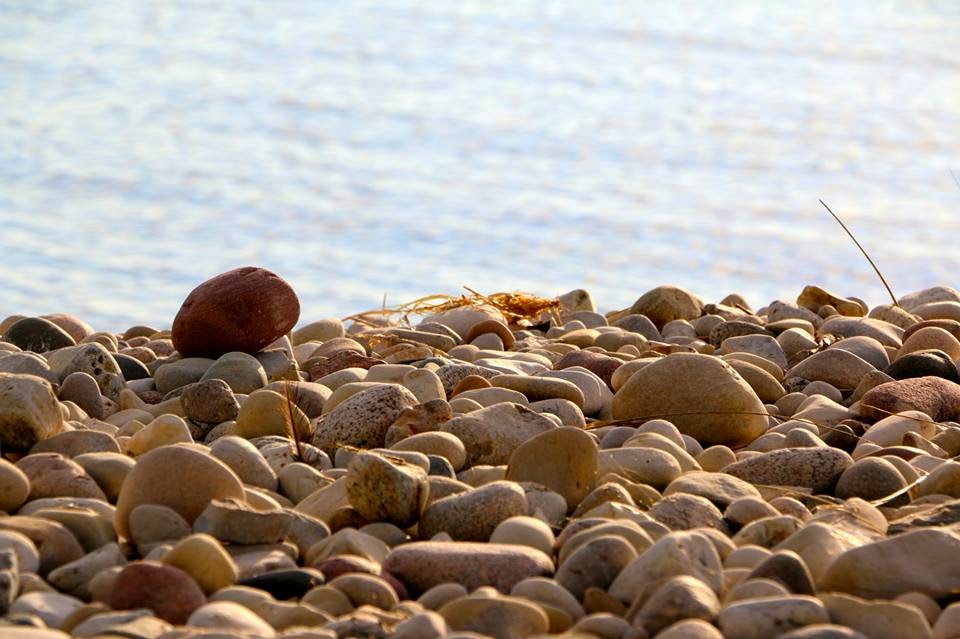 I sat on multi-colored rocks along the beach, dazzled by the soft pinks, light grays and dusty whites of nature's interior decorator. I watched the sunlight sparkle and dance on the water. I stared at the tiny struggles of a winged ant that tried to carry a spider to its lair for dinner. I watched the patterns he made as he repeatedly worked over and over the general area of where he dropped the spider, not realizing that I had buried it in order to try and save it in some misguided attempt at heroism. The rocks along the beach were suddenly bustling with life and drama, a tiny metropolis which I'd been wholly unaware of as I stomped across it to dip my toes in the lake.

I don't know how much of this I would have seen if I'd been able to connect to the Internet on my phone and read articles on the New York Times as I sat on the beach. There's nothing wrong with reading articles on the New York Times, of course. I've gained wisdom and insight there. But by forcibly disconnecting from technology, it enabled me to reconnect with the real world and very the real drama that was unfolding right before my very eyes, or right beyond my cellphone screen.

My mind was able to buzz and dream and narrate once again. I felt a peace that seemed to resonate right down to my very bones. I felt the warm sand under my feet. I touched the smooth rocks along the beach. I watched my daughter dance in the waves. I was filled with beauty within, without and all around. I felt the hum of the earth and I was one with it. 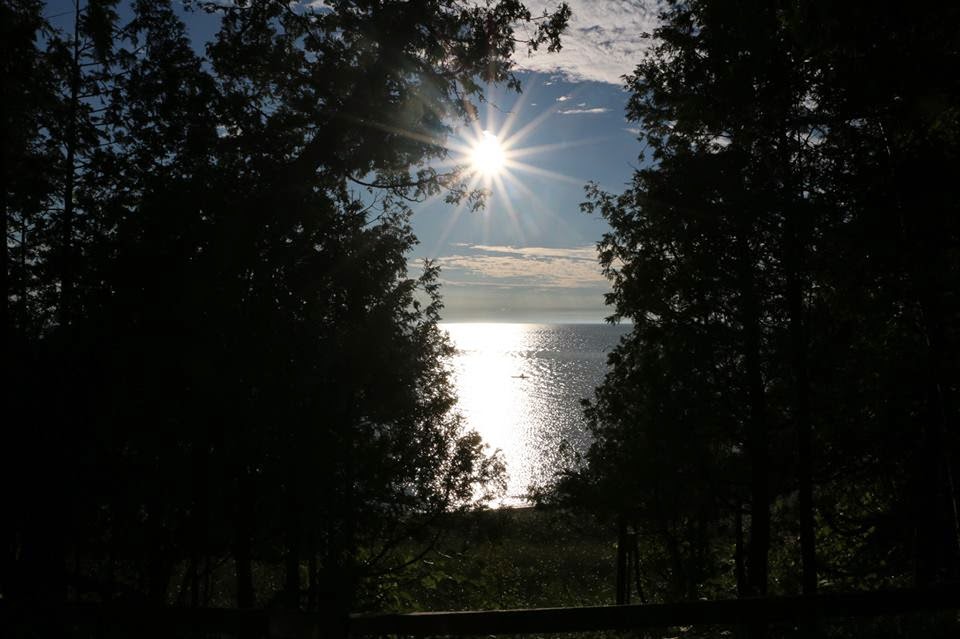 It was good to come home again. It was good to reconnect with The Narrator. If you're involved in any kind of creative endeavor, whether it be writing a blog, a memoir or advertising copy as I do, you need to allow your brain to switch back to this neutral mode. Technology captures our attention and keeps our brains on the active mode for too long. It's important to remember to turn off the phone. To close the laptop. To reconnect with the dreamer within you, so you can let your mind sing with the world around you. 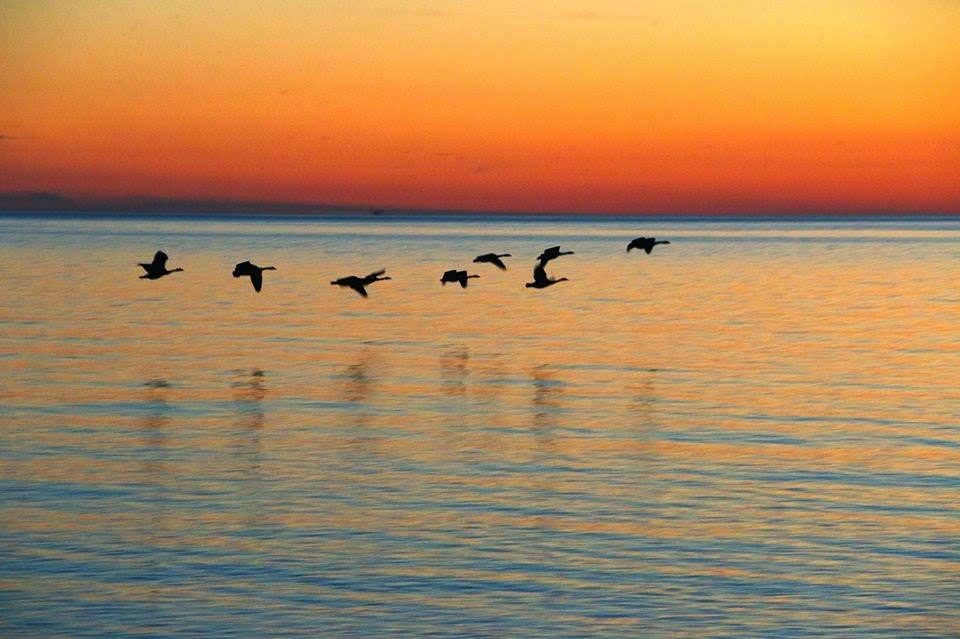 Photo credits go to my husband, who was using our pretty sweet Canon EOS 70D.
Posted by Mandy_Fish at 12:59 PM

Email ThisBlogThis!Share to TwitterShare to FacebookShare to Pinterest
Labels: Daniel J. Levitin, giving your brain a chance to dream, Hit The Reset Button In Your Brain, living without wifi, New York Times, Rest and Relaxation, Taking a break from technology