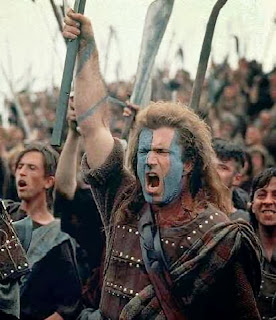 My husband says that every married person is free. Free to do what they want and who they want. These are choices that they have, just like single people. They also have the choice to stay in their marriage and stay faithful to their spouses. However, he feels that spouses have a responsibility as fellow human beings to let their partners know if they have decided to step outside the marriage. Everyone has a right to know what kind of relationship they're in, he says. And everyone has a right to be in the kind of relationship they want.

Having been cheated on in a relationship, this attitude is eye opening for me. When I first got out of that relationship I was filled with rage and a sense of injustice. I wanted everyone to know what a bad man he was. I wanted everyone to know that I was good and he was evil. I raged and hated him for years. I could not believe that he had done this to me and with such impunity too. When I chose to leave our relationship, he was confounded. He couldn't believe I was leaving him without proof of his affairs. But I knew. I had enough proof for me. I was enraged that he hadn't allowed me the right to know what kind of relationship I was in. I felt like that was the worst betrayal of all.

But the fact of the matter is, he was indeed free to do all of that. I did not own him. I only wish he had let me know and let me exit the relationship more gracefully. All of this seems so reasonable in hindsight, of course. We all know I would have burned his house down.

My point is, everyone is free to live the life they want to live. I believe that and I am married to someone who believes that. My husband and I choose to be married to one another and we choose to be faithful. We choose this life. In that way, we are free. No one wants to feel trapped and we certainly don't.

I feel the same way about employment. Everyone is free to choose their employment. I know we always hear about how an employer is free to fire you at any time with or without cause. The funny thing is, I think that we forget that as employees, we are free to leave at any time we want. Sure, two weeks' notice is considered the polite thing to do. But our employer doesn't have to give us two weeks' notice. I've never understood why that isn't considered impolite or unprofessional?

Everyone is also free to say what they want. You can say hurtful things, racist things, rude things and profane things. And everyone else is also free to tell you that you're a jerk for saying it. But it doesn't mean you have to stop. Well, I guess you can't scream "Fire" in a movie theater because you could injure people, but you know what I mean. You are free to say what you want and other people are free to criticize you for it.

As a writer, I struggle with wanting more freedom. So often I don't feel free to say what I want. For instance, the other day I mentioned that I didn't find working in advertising intrinsically rewarding. That I don't feel like I'm helping anyone or making the world a better place. I really debated posting that. I mean, I could lose my job because of that, right? I could totally get Dooced over it.

But I'm still free to write it. So I am, in fact, free. I may wind up unemployed, but I feel like I'll be less imprisoned by opening up and writing about what I feel on this blog. I want to say what I mean and what I think. I've felt so repressed and limited for years. It's why I don't post much or why so many of my posts go unpublished. I mean, what's the point if I can't be myself?

I also struggle with the freedom to write my book the way I want. I want it to be totally honest and real. I want it to feel as though you are sitting down at a table with me and I am telling you my deepest, darkest secrets. I want to be ribald and over-the-top. I want to be sincere and impassioned. I want to be everything on the page that I am in my closest friendships and in my marriage. I want you to know the real me, not some phony version of me. And I want you to know that if you've ever had any of these thoughts or done any of these things, that you are not alone.

But I struggle with a fear of what will people think? Not everyone wants to be my friend. Not everyone will relate to me. Lord knows, I'm bound to offend some people. I debate toning myself down in order to make myself for palatable to the general public. Maybe I shouldn't swear so much? Maybe I shouldn't write what horrible things I thought or did as a teenager? Or if I write about sex as openly and honestly as I write about heartbreak ... will that make my book suddenly prurient and base?

Can you be literary and also sexual? Can you be serious and ridiculous? Can you say the things that you think in the deepest and darkest parts of your mind and heart ... and still be a respectable person? Do you really care?

I struggle with that.

I want to be free. I want to be myself and damn the consequences. I find it pretty depressing to try to tow the line, to be honest.

I have to remind myself over and over again that I am free to write my book the way I want. In a way, I find the book is paving a path to freedom. I'm trying not to worry too much about what might come next. Some people may not like me. Some people might not like my book. I'll probably get slammed for the sexual content. And maybe I'll admit some unpleasant things about myself that you're not supposed to admit.

But that's who I am.

It's all a part of my life.

And I will write about it as freely as I want.
Posted by Mandy_Fish at 8:00 AM