Beware of Old Men in Starbucks 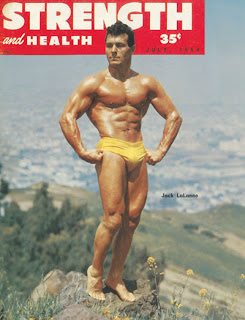 A few weeks ago I had an odd morning. I was early for my shrink appointment and had left my portable coffee mug at work the night before so I stopped by Starbucks. I got a skinny vanilla latte in a size "medium" because I refuse to say made-up names for small, medium and large. This isn't science fiction. I'm not speaking Klingon or Dothraki, okay? If it's the middle size, it's a medium you Italian posers.

Anyway, I sat down to enjoy my overpriced, complicated coffee beverage, grabbed my phone, pushed my bangs out of my eyes and began to read an article. Or Twitter. Whichever sounds better to you.

"You don't have to play with your hair, you look beautiful!" an old man shouted at me across the Starbucks. He mock-pushed his imaginary hair to the side, shook his head and flicked his wrists in an overly effeminate and haughty manner.

I hated him immediately.

"I was just pushing my bangs out of my eyes so I could read," I said to him because I am insane.

"Riiiiight!" he said and dramatically rolled his eyes. I felt shamed and hated him more.

"Ha ha," I said without humor and resumed reading my friends' Facebook statuses and pretended not to feel shamed for touching my hair in front of an 85-year-old wildebeest.

"Can I show you something," he sidled up to me and entered my personal space which is a good five feet diameter around my person. I don't like people I know touching me let alone freaky old man strangers who shame women for hair-touching in public spaces. He sat down next to me anyway.

No, god, please no, I thought.

"I wrote a book," and then he in fact shoved a book at me and I stared at it. "Here, take it. Look at it. Read that." He pointed at the back cover which was covered in small type. The front cover had photos of him in various poses as a younger man lifting weights and flexing his muscles.

"Hm hmmm," I said and scanned the words. "It seems you were some sort of personal trainer or coach?" I said, trying to pretend like I cared.

"I was the biggest coach in the world. I trained football players and baseball players. I taught Kung Fu to the president. I know Arnold Swatzenegger!* I came up with the idea of Dancing With The Stars.* I gave them 35 billion dollars so they could start their business. Do you have any idea how much money they made off of that deal?"

I shook my head no and remained frozen in fear.

He rambled on and I faded out of consciousness. He talked and talked and talked about numbers and famous people and exercises and jobs and about how he was going to be on TV the very next day. I couldn't even take it all in because all of my personal space alarm bells were going off and maybe even some of my psycho-killer gonna kidnap you in a full-size van bells too. He was mad as a hatter, of course, that much was clear. But he was also jabbing me in the shoulder with his index finger and the whole thing was such a sensory overload that it stunned me into a state of paralysis.

"What do you do?" he said after he took a breath.

He stared at me and dramatically dropped his mouth open. His eyes widened. He shook his head in the subtle motion of a Loony Toons character and reacted as though I'd just I given birth to baby dragons in the leather Starbucks chair and the afterbirth had just gushed onto the floor at his feet. I suppose he hadn't met a woman who could read and write before? Perhaps they didn't let womenfolk do that in his day. Who's to know?

"I write for an ad agency," I said and prayed to the seven gods that I would be struck dead or a fire would burst out from the espresso machine so I could find some reason to get up and leave.

"I wrote all the marketing for NAME OF EVERY COMPANY EVER for ALL THE YEARS EVER in the HISTORY OF THE WORLD," he said, gesticulating wildly.* Then he stopped and stared at me again, shaking his head and widening his eyes in that cartoonish eye-bulging manner.

I stared at him and waited for something to make it all stop.

"Boy, did you meet the right person," he said.

I stared at him and nodded. I began to fear that I would never again see the light of day outside of that Starbucks.

"Do you want to write my next book?" he said and squeezed my shoulder.

"Can't, sorry," I said and smiled. "Too busy." I began to regret that I stopped carrying mace in 1992. I was nauseated at being manhandled and at my inability to make it stop.

Then he proceeded to tell me how he brought seven writers in for his last book and interviewed all of them. He finally settled on a girl. One girl. I pictured seven young women standing in skirts, turning around for him to inspect. I said a quiet prayer of thanks for being born after his time as I sat captive in the leather chair.

"But thank you so much for the offer," I said, remembering to be polite.  "It was very nice of you to offer."

He gave my shoulder another squeeze, giving me the heebiest of jeebies.

"Hey Judge! Hey Judge!" he yelled at some attractive woman whom I presumed was a judge. It wasn't my friend who is a judge, for a second I was hoping it was because then I could run to her for protection. She's better at dealing with this sort of thing. I don't handle aggressive people well. I sort of clam up and freeze, as you can see. He got up to go talk to the woman who was not my friend and possibly not a judge.

I noticed he had left a copy of his book with me and I googled his name on my phone. Apparently he wasn't insane and he wasn't making all of this up. Though it's possible he may have been elaborating a bit. I was kind of hoping he was a crazy homeless person because then maybe I could have tapped into some kind of compassion for the guy. But instead he was just a rich old white dude harassing younger women at the Starbucks. So I went back to hating him and quietly slipped out of the building while I had still had the chance.


*This may or may not be a work of fiction, depending on whether the wildebeest wants to sue me or not. Names, characters, places and incidents either are products of the author’s imagination, are used fictitiously or have been changed to protect the not-so-innocent. Any resemblance to actual events or locales or persons, living or dead, is entirely coincidental or is indeed a fact but I don't want a crazy old man to sue me because I blogged about him harassing me at my local Starbucks. Thank you. My husband is a lawyer so don't sue me. Good day.

Email ThisBlogThis!Share to TwitterShare to FacebookShare to Pinterest
Labels: getting hit on by old men, i need to learn how to be more assertive, I still got it, patriarchy, personal space violations, starbucks, strangers touching me, why do I attract the nutjobs