The Semi-Nudity of Rick Springfield 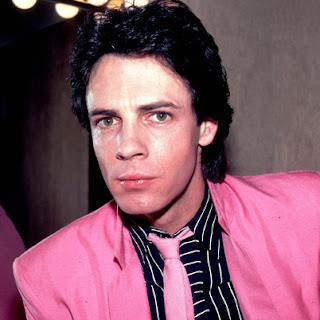 I'm going to see Rick Springfield live in concert. I know you are jealous, so you don't even have to say anything. Especially if you grew up in the eighties like I did. "Jesse's Girl" was the anthem for all of us without a boyfriend or girlfriend. Or for those of us with friends who had a really cute significant other for whom we secretly pined. Not that that was me, of course. I don't think any of my friends had boyfriends. We were in orchestra and band, and were generally not considered objects of lust in middle school. Hey, some of us are late bloomers and that's okay.


Rick Springfield was at his zenith of popularity. He was starring on General Hospital as Dr. Noah Drake and just about every girl I knew in elementary school and middle school rushed home to watch it after school. Of course I really preferred watching Johnny Sako and His Giant Robot or Ultraman, but I was trying to learn how to be femme. The whole butch tomboy routine that I'd had going was working against my heterosexuality.


I liked boys, dammit. And I wanted one to notice me.

Since I wasn't having much luck in the real world, I spent a lot of time fantasizing about rock stars. I had crushes on Tom Petty, Huey Lewis and Rick Springfield. I know, I know. There's no accounting for taste. Maybe it was the quality of their voices? Maybe it was because they were older and I had daddy issues? Whatever it was about these men, they made my heart palpitate just a little bit faster. In fact, I belonged to the Huey Lewis and the News fan club. I wrote letters. I received special fan-club only Christmas cassettes. I was hardcore.

In 1984 Rick Springfield starred in a feature movie called Hard to Hold. All of the television commercials and movie previews featured a lot of shots of Rick Springfield sweaty and semi-nude. It was almost too much for a thirteen-year-old tomboy with no chance of a real-live boyfriend to take.

I didn't get to see the movie in the theaters. I don't know if I couldn't con any adults into taking me or what. Perhaps it was the horrible reviews? But when our new cable television box started offering premium movie channels, I found out that the "Showtime" channel was going to play Hard to Hold.


I harassed my mother constantly. I begged her. I canoodled. I bamboozled. I must have been convincing because she finally broke down and subscribed. I waited with great anticipation to see Rick Springfield semi-nude and sweaty. If my memory serves correctly, the ultimate scene occurs on a bearskin rug, in front of a fireplace, and Rick Springfield's entire naked ass makes an appearance. As I recall, it was very firm and pert. And sweaty. He was covered in a fine sheen throughout that entire film. They must have had a dedicated mist-sprayer with a bottle of baby oil standing just off screen for the entire filming.

So anyway, this is just to say that my husband has agreed to see my teenage heart throb with me. What makes this even more amazing is that there is a good chance that I will get to see a real-live naked man at the end of the evening. I may even spritz him with baby oil, if he lets me.

Being an adult is awesome.
Posted by Mandy_Fish at 11:15 AM