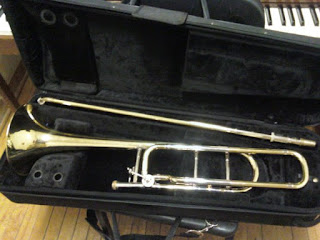 I had a little heart to heart with my husband about the book I'm writing.

I'm finding it harder than hell to write at night. I work a full day — I write all day — and then I haul ass to pick up the kids on time, bring them home, feed them, play with them, do homework with them, bathe them, read to them, sing songs to them, stroke their hair until their eyes slowly start to droop, sneak out of their bedrooms and then softly close the door.

After that, I'm supposed to go downstairs and sit in front of a computer screen and pour my soul out onto the page and write the most brilliant prose you have ever laid eyes on. Suffice it to say, I'm finding this difficult to do. What I really want to do after all of that, is to sit slack-jawed and glazey-eyed at the pretty moving picture box in my living room until it is time to go to bed.

I've considered getting up an hour early to write but that hasn't worked out so well either. Getting up early is my imaginary time to work out. So the imaginary writing I might do conflicts with the imaginary spinning class I might take at some time in the near future around 6:30 a.m. Or the imaginary Cross Fit class I'll join at 6:15.

I could write during lunch at work. I know an hour a day doesn't really sound like much, but if you think about it, an hour a day is 30 hours a month, which is 360 hours a year. So if you consider the fact that I wrote for two hours Sunday night and produced ten pages, that  would mean I could write an 1,800-page book in one year. You know, my very own War and Peace.

My therapist and husband have both wondered if I fear failure too much to complete a book. I mean, what if I finished the damn thing and I couldn't even get it published? Could I deal with that disappointment? I think I could. But I have a history of being a bit of a self-punishing perfectionist, so they may have a point. Or maybe I fear success? Maybe it would mess with the carefully crafted low self esteem I've been working on all these years.

Whatever the case, I'm not doing it and I need help. I keep cramming and jamming all my writing in on the weekends and it's ruining all my fun activities like doing laundry, taking the kids to the gym and watching Breaking Bad on Netflix.

My husband pointed out that he felt the same way about practicing the trombone. He was a gifted player and practiced a bazillion hours as a child and in college where he majored in music at Northwestern University. I mean, this is no slacker counseling me, if you get my drift.

I was shocked to hear he struggled with practicing. I mean, he could practice for hours. Even now, he just recently took up the guitar and he can play for hours. He's always picking it up and playing it in the kitchen. He plays it in the bathroom while our daughter takes a bath. He plays it in bed. This guy has no motivation problem, so far as I can see.

It's me who's the slacker. But he assured me that it was a struggle for him too.

I knew he was right. That very same thing happened with me once I opened the laptop.

"All you have to do is open the case."

I just have to open the laptop and write the first sentence. And then I'm there. Two hours later and ten pages down and all it took was just opening the damn case.

I'm going to remind myself of that each day this week. What case is waiting for you?
Posted by Mandy_Fish at 9:30 AM