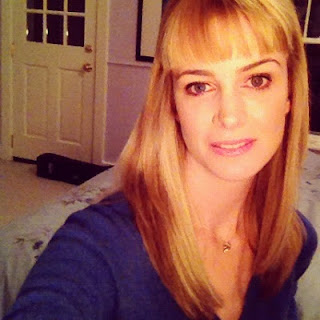 I got bangs this weekend. It's not the first time. I get bangs all the time. I'm just too lazy to maintain them so they keep growing out. Though this is the shortest they've been in a while. I tried to get the hairstylist to go even shorter, like a picture I saw in a copy of Allure magazine. It was très française. Par example: 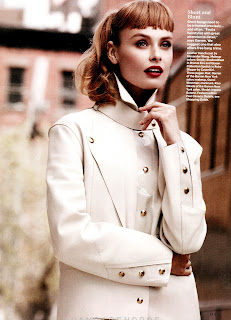 But I don't think he really believed I could go that short. But I can and have. I've cut all my hair off multiple times. I've had a super short pixie cut for years on end. I'm not afraid of cutting hair. It grows back and I happen to have a lot of it. Too much, in fact. My two-year-old daughter has hair past the middle of her back. She's bordering on Crystal Gayle territory. I'm just not certain that she will sit still for a haircut, so she wears it up every day. I hope she doesn't start to look like a Duggar. 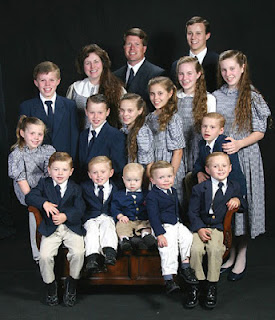 I came home from getting the haircut and put on a glittery dress for a party. When my husband came home, he said, "You look nice." Then he paused and said, "Did you change your hair?" So that's proof that men do in fact notice women's hair. What I find shocking is that he noticed my hair when I was standing in the kitchen in 4-inch heels wearing this: 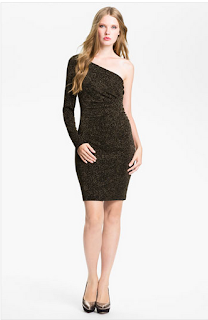 By the way, I looked way better in that dress than that model. She's wearing it like she's wearing a venereal disease. I worked the shit out of that dress. We went to downtown Detroit for a birthday party at the MGM Grand. As soon as I got out of the car, there was an old man standing there. He'd just gotten out of his Caddy. He was wearing an overcoat and a hat, dressed up for the night. He gazed up at me, probably 6'2" in my heels, and said through a pair of glaucoma-glazed eyes:

I laughed and thanked him. Then I walked over to my husband who was standing by the curb.

"That old man was staring at your ass," he said.

"Give the old guy a break. Good for him for still having it in him!" I said. My husband didn't look too convinced by my new-found laissez-faire joie de vivre.


I guess a pair of bangs and a glittery dress can do that for you. Change your attitude. Maybe it was the bangs that got me into that dress? I never wear anything above the knee. My entire life I thought I didn't look good in short skirts. Hell, maybe I don't. But I'm too damn old to care anymore and my bangs are too damn fierce to be in a knee-length dress. I need glitter. I need short skirts. Life in bangs just seems to shine, you know?

I left a trail of glitter everywhere I went that night. I leaned up against my husband and I saw the entire left side of his suit sparkling when he went to get me a drink. I left sparkles all over my car. They're still there now. I'm like a magical fairy with a bitchin' pair of pixie bangs instead of wings.

I feel much younger with the bangs. I read that having them can take years off your face. It's like free Botox®. How can I say "Non" to that? I can't. That's what.

My son Max saw my new hair the next morning.

"Can you put your hair back the way it used to be?" he said.

He reached up and pantomimed pulling his bangs back from his head in a long, luxurious sweep.

"No," I said and glared at him. My husband snickered in the corner.

Later, I drove my son to the pet store to buy the stray cat we adopted more toys so it will love us. I caught him looking at me in the rear view mirror. He was smiling.

"What are you smiling about?" I asked.

"I'm just imagining your hair the way it used to be," he said.

I laughed out loud. I guess the eight-year-old boy isn't as excited about my transformation as I am. But he does know I like to be younger. I tried to explain the Bang Theory of Looking Younger to him but he was unmoved. Later when we were out to dinner, he advised my husband on my age.

"There's one rule about my mom," he said. "You never say her true age."

I may be failing to educate him on how to speak to a woman about her hair, but I hit the nail on the head with this one. He still tells everyone I'm 39.

Which is just about the perfect age for a girl like me. You heard the old man.