Just Trying to Move My Fingers Across These Here Keys 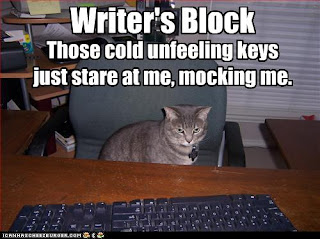 I daresay I'm in the midst of another writer's slump. I started something fabulous and wonderful the other week but it's way too long for a blog. I don't know what to do with it. I suppose I could post it as a three-blog-post series. It's all about middle school. Who doesn't lo...athe middle school? 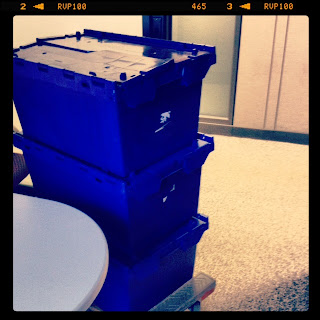 Blue Moving Boxes.
I've started a new job. I'm at the same ad agency but on a new account. I hate to even jinx it by admitting how much I love it. It's tough. It requires a lot of thought. It requires hard work and research. I have to absorb a ton of information and then let it sort of marinate in my brain before I can even attempt to write a headline. I love that I'm having to stretch and twist and agonize over the writing I get paid to do again.
I'm worried about family. I'll keep that part of my life as private as I can, out of respect for their privacy. But my family members seem to keep getting cancer and I know it's cliche to say, but I'm getting really sick of it and I'm confounded by it. It makes me angry and frustrated. The older I get the more precious I realize life is. It would terrify me if I really let myself think about how precarious this whole ride is. 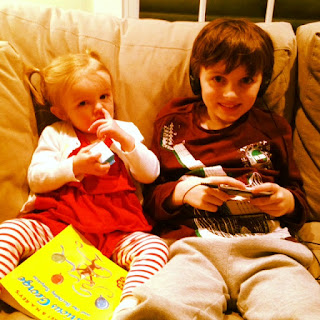 Grace is really digging life.
Speaking of life, my children are bursting with it. My son just turned eight and he is getting to be quite the card. He makes me laugh on a daily basis. And he makes his baby sister belly laugh. She worships him above all others. His name is Max and she tries to call him "Maxie." It comes out as "Nassie." When he's not home, she runs around the house calling for him, "Nassie? Nassie? Nassie?" When she figures out he's not home, she asks, "Hockey?" 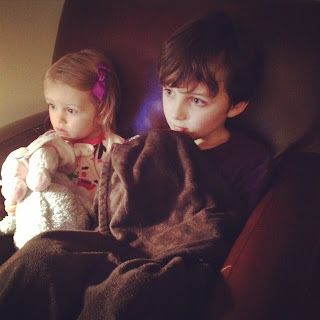 Don't tell his friends he watches The Wiggles with his sister.
She knows his schedule well. I haven't attempted the whole "He's at his dad's house," because she's only just shy of two and I don't think she'll get the fact that she and her brother don't have the same daddy. Though she sees him walk to his dad's house just two doors down from our house all the time. Perhaps she just thinks he's visiting the neighbors. It's all very normal to her.
I've also discovered that my daughter has a sweet tooth. She's only just started speaking in complete sentences. These are my favorite two sentences thus far — and they were both uttered immediately upon waking first thing in the morning:
"Dulce is awesome."
"Dulce is nummy."
Dulce is "sugar" or "sweet," if you don't speak Spanish. My daughter's babysitter speaks Spanish to her so she can be brilliant and bilingual. Of course that comes out as Spanglish. Half the time her father and I don't even know what she's saying. It may be babble. It may be Spanish. Who's to say? 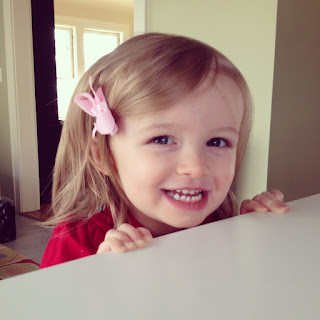 I'm ready for my sugar. Fork it over, Lady.
My other favorite sentiment that my daughter has expressed in sentence form:
"Mama is funny."
See? It's clear she's insightful and smart. Or maybe she's just flattering me so I hand over the dulce?
Posted by Mandy_Fish at 3:34 PM

Email ThisBlogThis!Share to TwitterShare to FacebookShare to Pinterest
Labels: this is writer's block