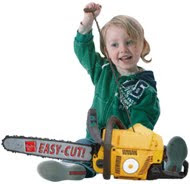 Saturday I was enjoying a bit of peace and quiet when I noticed that things were too quiet. I did a mental checklist.

Husband? Check. At the YMCA.

I got up and walked behind his chair. He was wearing earphones and did not hear me approach. I looked over his shoulder. I could see the screen. Oh, look. He’s playing a new game on the computer, I thought. I wonder if he got it off that new site he’d said the kids were jazzed about: mostfungames.com.

I bent forward, looking more closely at the screen. Odd. One character — what looked to be small child with a skeleton for a head — was shaking another character, an adult male in a business suit.

I cocked my head. It looked as if their bodies were melded together and trembling. My mouth opened. This was thrusting. What the flip! Is this…is it…time for Pedobear?

"Wha…wha…what is going on here?" I asked, leaning still more forward, trying to comprehend this gyrating congress between skull-boy and suited man.

My cherubic seven-year-old son — the one who it seemed just days ago was peacefully playing with Thomas the Train and Dora the Explorer — pulled back on the mouse and turned to gaze sweetly up at me.

His movement of the mouse retracted the child-with-skull character away from the adult-in-suit character.

As skull-boy moved back, a great bloody chainsaw retracted from the suit-man's abdomen. Blood spouted uncontrollably out of the adult's body and the psychotic skull-child bounced up and down in anticipation, bloody chainsaw at the ready for more ghastly carnage.

My son’s face contorted and crumbled. Tears began streaming down his cheeks. "I…I…I didn't,” he began, but he couldn't finish his sentence. “I…I…I didn’t know!" he finally blurted, wide-eyed and self-aware enough to begin the damage control.

"We do NOT play those kind of games in this house," I said my voice quivering. "NOT okay. NO violence. NO bleeding. NO hurting people. EVER!” I then shook a wire hanger at him and rolled my eyes back in my head.

“Where did you get this game?" I continued.

"My friends told me about it. I didn't know it was bad!" the kid said, crying harder. I pulled him to me and hugged him.

You do know why this is wrong, right?" I pulled him away from me so I could look him in the eyes.

He nodded. "Because we don't hurt people."

"No. Because we're Buddhists and Buddhists try not to hurt people. The very first rule, the most important rule that the Buddha gave us, is 'Do no harm.' Do you know what 'harm' means?"

"Hurting people," he wailed, hugged me harder, the tears flowing. I hugged him harder.

"I promise I'm not mad at you. But I need you to know why I'm telling you not to do this. I want you to understand that it's not because I'm mean."

I felt his little head nodding up and down on my stomach.

"Do you think it's okay for a game to teach little kids to chainsaw people, to saw them in half and make them bleed? Does that sound right to you?"

"No! I don't know why they would teach me that!" He cast a wide-eyed look at the evil Apple, a desktop killing machine. He was most eager to pounce, to deflect all blame away from himself.

"I need you to promise that you won't play any games with killing or blood, okay?"

"Okay. I will never play a game with blood or killing in it. I will not kill people any more!"

"Thank you,” I said, hugging him tighter.

Good lord Buddha, did I learn a lesson.

He's only seven and I need to watch what he's doing on the computer like a mother hawk. Watching every 15 minutes is wholly insufficient. I need to be up in his business while he’s on that thing, checking constantly.

Who made this game? Who would want to train our young to gleefully chainsaw the grown-ups in half?

Clearly, the terrorists have won.

Email ThisBlogThis!Share to TwitterShare to FacebookShare to Pinterest
Labels: buddhist parenting, do no harm, do you know where your children are?, games with blood are bad, mostfungames.com is hella violent, parenting fail, skull kids is nasty