On Birth Canals and Other Bodily Holes 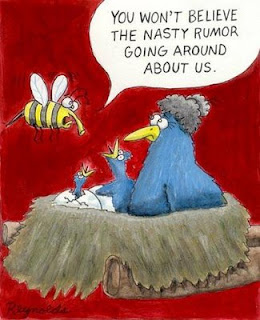 "Only you can call me baby, right?" my son asked me for the thirty-zillionth time.
"Right."
"Because I'm YOUR baby but I'm not A baby."
"Exactly."
"And I'm YOUR baby because you carried me in your tummy."
"Yes."
He seemed momentarily satisfied with this explanation. Again. At four-years-old (almost five!) he is deeply preoccupied with not being a "baby" but still wants to be his mama's baby. I think this constant reassurance reflects the fact that he has one little foot planted firmly in boyhood, while the other still wants to snuggle the madre.
Which is fine by me. He WILL always be my baby, as I frequently tell him. No matter how big he gets (and the genetic lottery would indicate this boy is gonna be a big'un) he will still be mama's baby. He finds this reassuring.
So do I.
"I was a baby when I was in your tummy," he said. I knew more was coming.
"Yes."
"And when I got big enough I got out of your tummy."
"Right-O."
"But not too big."
"Thank goodness," I agreed.
"How did I get out of your tummy?" he lifted his shirt and examined his stomach. "Did I come out of here?" he asked, and pointed to his belly button.
"Uh, no. You came out of the birth canal."
"Oh right. The birth canal," he nodded his head quickly as if he already knew this. He paused. "Where is the birth canal?"
*DANGER!*
"Um, it's where the baby comes out." I waited to see if the enigmatic zen-teacher of a mother technique would work this time.
"Out of the birth canal."
"Yep."
"Is it a hole?" he cocked his head and looked at me.
*WARNING!*
"Yes. Yes it is."
"It's a hole big enough to fit a baby?"
(This is where I started sweating.)
"Sure!"
"YOU HAVE A HOLE IN YOUR BODY BIG ENOUGH FOR A BABY TO COME OUT?!?" My son's eyes were about to pop out of his head. He recoiled from me in horror.
*EMERGENCY BROADCAST WARNING*
"You have holes in your body," I pointed out, casual-like.
"I do NOT have holes in my body!" he looked at me as though I'd lost my mind.
"Sure you do. Your mouth is a hole, your ears are two holes ... " I pointed accusingly at his pie-hole and his ear-holes.
"OHHHHH, those kind of holes!" he looked relieved. "So only mamas make babies, right?"
"Sort of. Only mamas carry babies."
"But daddies don't carry babies. I'm not my Dada's baby, right?"
"Well, yes, actually you are. Moms and dads make babies together, but then only the moms carry the baby."
"Why?"
"Because only the mothers have birth canals."
"Oh."
*Sweet!*
"How do dads make babies with moms?"
*Pause*
*Longer Pause*
"Well, the mother has half the genetic material that makes up a baby, and the father has half the genetic material that makes a baby, and they get together and mix it up and put the baby in the mother!"
*Phew*
Cracky was not to be distracted by my pseudo-scientific use of big words.
"HOW do they put it together?"
"The baby?"
"Yes," he was starting to look impatient.
"Well, the fathers have something called sperm, and the mothers have an egg, and they put that together and then put it in the mother to carry to term."
"HOW do they put it in the mother?" he stared at me hard, now. I had not thrown him off the scent of knowledge.
"Through the birth canal!"
"OH! I get it now!"
*SUCCESS!*
"I want you and Fred to get married and make a baby," he said, and held his arms as though rocking an invisible baby.
*ALERT!*
I should have known this was all about angling for a baby brother.
*SIGH*
Posted by Mandy_Fish at 3:46 PM

Email ThisBlogThis!Share to TwitterShare to FacebookShare to Pinterest
Labels: BIRDS AND BEES, MOTHER OF THE YEAR, Parenting