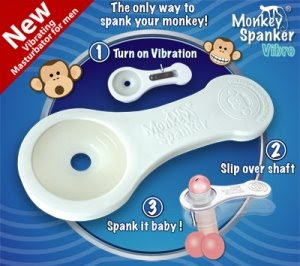 I just read my friend Salacious Bee's blog about a humiliating shopping experience. (Read it now.) It reminded me of an embarrassing sojourn to my local Blockbuster, back in the innocent '90s (re: Pre-Divorce Mandy).

I believe I'd clipped a newspaper column of Siskel and Ebert's top movie picks for whatever year it was, and was making my way through the list with an anal-retentive yellow highlighter. I had a penchant for foreign films and indie flicks, indie flicks being more indie back then.

I found the one and only copy of the independent film du soir, and sashayed up to the counter. It being a Friday night, there was a long line of people, with dirty children clinging to their parents' legs staring at me with their conjunctive eyeballs. (This was also Pre-Single Motherdom). At last, it was my turn.

"Spanking The Monkey," will that be all?" the boil-faced youth asked me.

"Yep, that'll do it for me." I was surprised to hear muffled laughs behind me. I swear the kid at the register looked over my shoulder at the other patrons and snickered. What the hell?

So off I went with my video, to watch a mother and son tale, fraught with enough Oedipalism to make Freud quiver.

Then I discovered what exactly "spanking the monkey" meant.

I was mortified! (If you don't know, "spanking the monkey" is slang for jerking off. You know, throttling the bishop, choking the chicken, I'm sure you can go on from here...). A few days' later I slinked back to the Blockbuster under the cover of night to slip the tape into the overnight dispenser. I'd had enough humiliation for one rental fee.

About a month later I went to rent another tape from the old Siskel & Ebert file, this time stockpiling two or three wholesome titles in my arms. Again, it was a busy Friday night and I tried to push the little children out of my personal space with my left foot. Get thee away from me, germ-devils.

Abscess-Face scanned my tapes and then said, "You have a late fee from your previous rental."

I had watched 20/20 and knew that many late fees were a "scam," so I went Scottish on him and demanded the specifics.

"I'm quite sure I've returned all my movies on time. Can you tell me which movie it was?" I raised an eyebrow at him.

My blood ran cold, and before the words, "THAT'S OKAY NEVERMIND!" could escape my lips, he said, loudly, "SPANKING THE MONKEY."

This time he boldly looked at the people in line behind me, his eyes alight. The snuffles, snickers and choked laughter were unmistakable this time.

I thrust my 20 bucks at him and bumbled out of the store, face burning red.

I learned a good lesson about how to treat people in the service industry. Be nice to them if they know what movies you watch. Pervs.
Posted by Mandy_Fish at 4:54 PM

Email ThisBlogThis!Share to TwitterShare to FacebookShare to Pinterest
Labels: Movies, Naivete, The 90's